Peek and play is a neat new video poker game from IGT, ready to be released into casinos soon. It's a great new innovation in terms of game play.

Standard triple play jacks or better was the version I played. The big thing here is a feature where you get to see the first of the cards that will be drawn from the deck - you get a 'peek' before you select which cards to hold or fold. 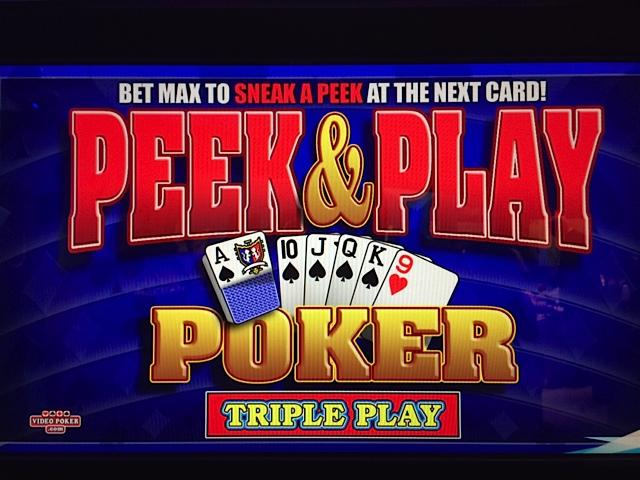 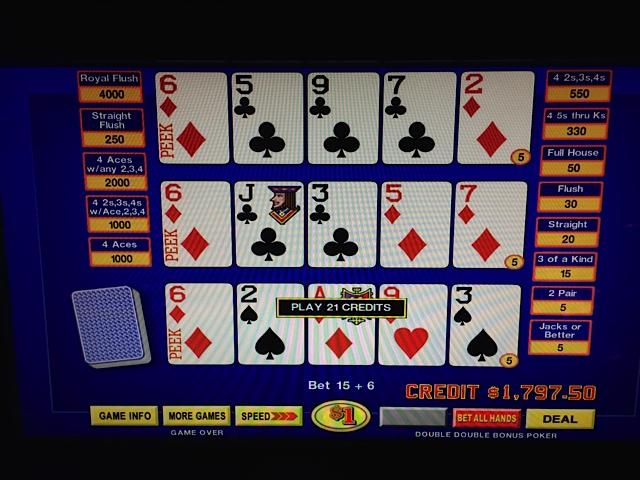 So, if I had been dealt a pair of tens and I can see that the next card coming up is another ten then I would most likely go for holding those 10s, rather than, for example, holding on to a potential straight draw that would otherwise have given me better odds.

When I started playing the poem and play poker, I loved it because I felt like I was getting an advantage in the game. Of course, when you think of it, you are not getting an advantage, because the odds are changed to accommodate the fact you peeked at the first card to be dealt from the deck.

I think I will play the game, but just for fun, rather than anything else.

The new games are great, but like all variations of video poker, you need to learn the game and the odds really well before you can get the full benefit of max payback.

This game will appeal to a lot of video poker fans that play for fun, but might not be quite so appealing to the more serious players that would need to learn a whole new set of rules in order to play and get max payout percentages from the game.