Video slot made by Aristocrat

Rolling Stones slots is impressively polished game and in many ways has a similar feel to Bally's Michael Jackson. You can pick to listen to one of  three different stones tunes during your play, which is cool. Like a lot of Vegas slots makers, Aristocrat have moved into the 6 reel slot arena - the Rolling Stones is another game with 6 reels.

The Rolling Stones slot seems to be focussed mainly on a huge red, wet tongue and the game contains a lot of tongue action.

Some of the mini bonus games are really cool and there are a lot of them, so the game should provide quite a lto of entertainment whilst you figure out what there is to see.

One of the games involves picking tongues from around the world - if you reveal one of the members of The Stones you get more credits in your tongue hunt. If you reveal them all (the entire group,) you win a major prize

As far as Aristocrat slots go, the Rolling Stones is quite unusual - the sound is definitely not typically Aristocrat and the whole feel is much more like a modern Bally slot. It's good to see a bit more variety in the Aristocrat range, even though I love the older style games like Pompeii and Where's the Gold.

Probably the most striking thing about Rolling Stones slots is that it is a 6x4 game. I am seeing a lot more of these in Vegas these days. For example, the new Wicked Winnings games are now 6x4 as are a lot of the more recent WMS games.

It seems 2013 will go down as the year that 6x4 became popular, as well as the new style of all potential lines paying (i.e. there are no lines, you just need symbols in each row to win) - hitting a 6 in a row is rare but can give some big rewards with these games, they are definitely very volatile.

Bonus free spins were my favorite part of the Rolling Stones slot game. I enjoyed the bit where a massive tongue appears, licks the screen and gives free wilds. The free spins is played in a huge elongated reels format on the upper screen. Very much like the WMS colossal reels game.

Overall a good game and one I will be looking out for next time I'm in Vegas, or any other casino, for that matter!

Queen of the Nile

Sex and the City Slots 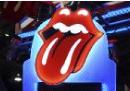 Rolling Stones Slots - with colossal reels during the bonus round. The tongues are wild symbols - get 3 of those in a row and you are in the money!